I am Lucky to be Alive 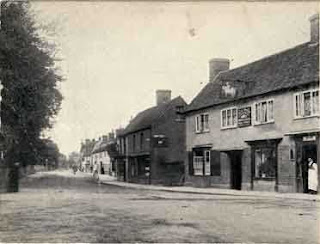 Tuesday 16th May 1916: In the above terms of Private Dick Bryant of the 8th Beds, writes to his chum, Mr G Boness, at Biggleswade, from Herne Bay Hospital. Bryant was formerly an Ampthill Camp recruit and in the big scrap on April 19th he sustained 13 wounds and narrowly escaped with his life, a Bible and a tobacco box in his breast pocket being much damaged. He says: “I am lucky to be alive. Sometimes out there you wish anything, but I have wished ever so many times they had not hit me, for I have been very queer two or three days. I began to think my leg was going the wrong way, but I am going on alright today. It is lovely weather here and I long to get out in the air. I asked the doctor if I could go out and they are going to wheel me out this afternoon. I have got to be operated on, a bit of bone has to come out. He said if he did not do it I shall be six or seven months and then not right. I am glad F C Wells is not killed. His brother Herbert, poor chap, would be with me(1), he claimed me for a mate the first night I joined them. I had got no rent (money) so he said “Come on, I have plenty”. He took me out every night until we went into the trenches. He was a bomber in the same lot as Brown of Hitchin and I see he is missing”(2).


(2) 17027 Private Francis Frank Brown of B Company was killed in action and is commemorated on the Menin Gate Memorial, Ypres.
Posted by Martin at 07:00