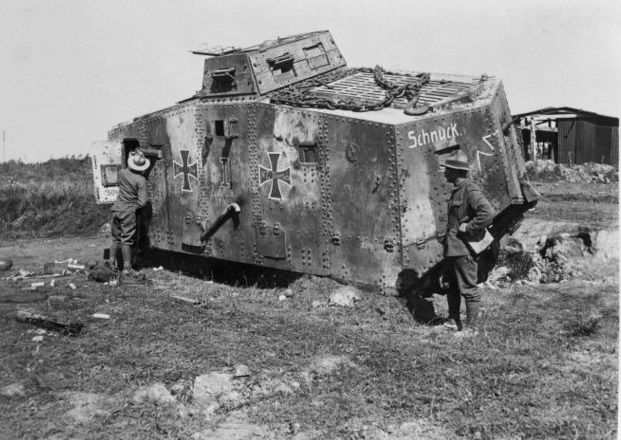 A7V Captured by the New Zealand Division [from Wikipedia]

Early this morning 42nd Division finally succeeded in taking the remains of the village of Riencourt. The enemy has finally put in a counter-attack against the all-conquering New Zealand Division. They even employed four of their lumbering tanks in the operation but it failed and two of these monsters have been captured by the triumphant Kiwis.

South of this 38th (Welsh) and 18th (Eastern) Divisions have made no set piece attacks today but German positions at Morval and Combles have been systematically bombarded to weaken the defences. That does not mean that the infantry has been idle. 2nd Battalion, Bedfordshire Regiment, for example have pushed forward a series of posts north-east of Combles as shown on the map below. The adjutant reckoned that during the month of August the battalion has captured one German officer and seventy-one other ranks as prisoners-of-war 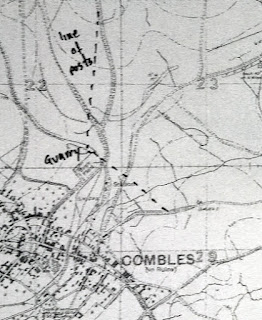