The Attack on the Somme Begins 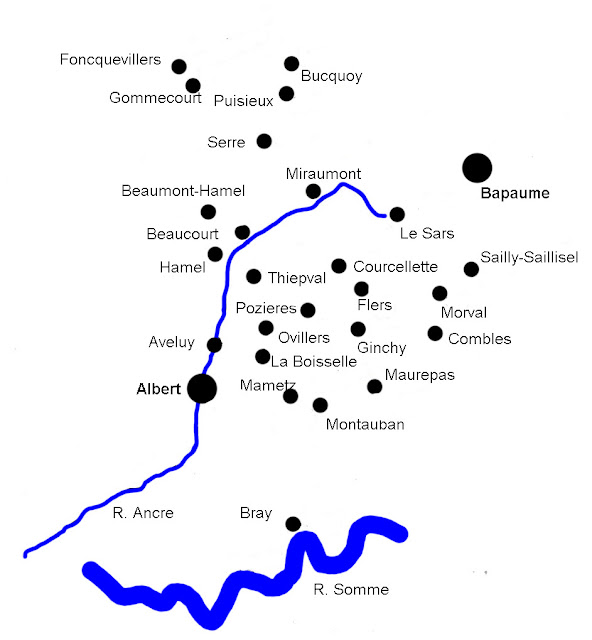 The great attack by Third Army got underway early this morning. Two corps have been involved. IV and V. IV Corps have been in action in the northern part of the old Somme battlefield. New Zealand Division, eager not to let their cousins from across the Tasman have all the glory supported the attack by 37th Division. The village of Puisieux quickly fell and the division finally ended its advance a good thousand yards beyond. It was then the turn of 5th Division to the south of Bucquoy. This formation advanced two miles during the day and well to the fore was 1st Battalion, Bedfordshire Regiment

The Battalion went forward at 4.45 in a misty morning. It encountered but slight opposition and the objective was quickly achieved and consolidated as the 1st Battalion, Norfolk Regiment passed through to attack the next objective. Total casualties - killed and wounded were just 46. 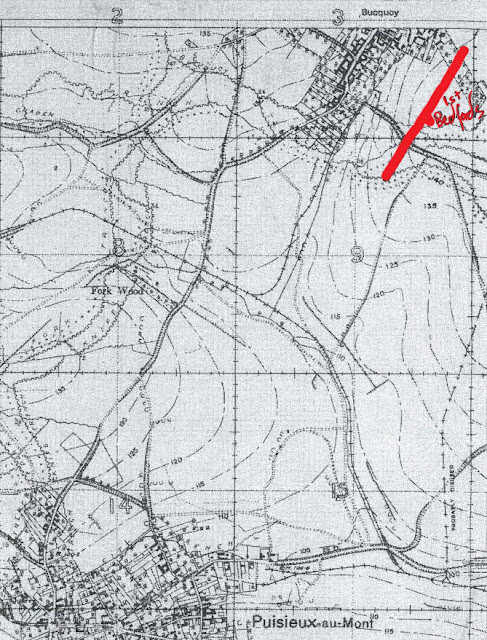 The position of the 1st Battalion tonight

63rd (Royal Naval) Division attacked to the north of Bucquoy and the 4th Bedfords were in support to the attack. First, however, they had to get to their attack positions. The adjutant informed me via the telephone that they had considerable difficulty in getting into position near Foncquevillers as the road was blocked by lorries and a tank but they were all in position by 4.15. The attack was made by 189th Brigade and as the Bedfords followed them up the fog made it difficult to see, meaning they became somewhat disorganised. They then followed five tanks to the central part of the railway between Achiet-le-Grand and Miraumont at which point 189th Brigade dug, the Bedfords consolidating the line shown below just west of Achiet-le-Grand 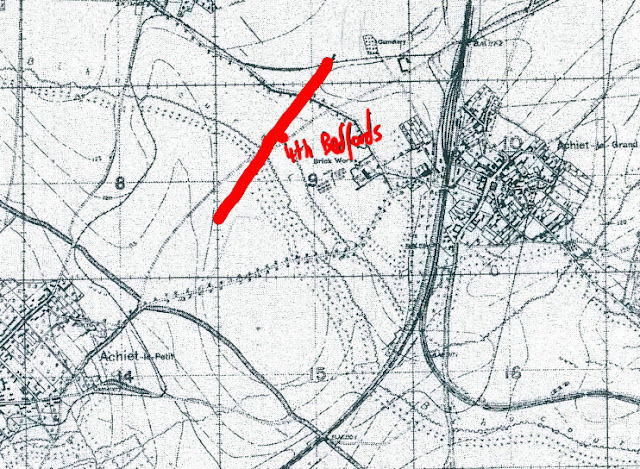 The position of the 4th Bedfords tonight

Further south V Corps were tasked with crossing the River Ancre, of evil memory from the autumn of 1916. 21st Division were around Grandcourt, 17th (Northern) Division at Hamel and 38th (Welsh) Division around Aveluy. The Ancre, it is reported is as much of a swamp today as it was towards the end of 1916. During the day Beaucourt has been taken by 21st Division but the rest of the attack has been unable to make headway because of the marshy nature of the ground, so the Ancre retains its evil name with the army.

Despite this frustration around the Ancre good progress has been made during the day and there is the hope of more steady progress tomorrow.