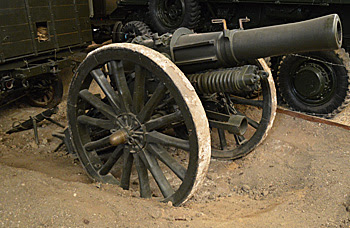 In yesterday's report you correspondent described how enemy shelling of the 1st Battalion, Bedfordshire Regiment was brought to a swift close by retaliation by our guns. Today the adjutant of the training cadre which is all that remains of 6th Battalion, Bedfordshire Regiment, told me of a demonstration by the Royal Artillery watched by the men of the American 30th Division. This was intended to show them, the power and accuracy of modern gunnery and to to demonstrate how a creeping barrage works, acting as a both a screen and a neutralising curtain for the infantry as they go forward, sending the enemy into their dugouts and preventing them firing on the advancing infantry. It will likely not be long before the Doughboys, as the Americans are nick-named, advance for real behind such barrages.