A Less Than inspiring Speech 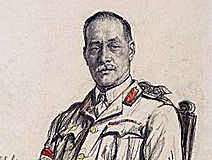 Friday 21st May 1915: Today Captain Thorn has left 1st Battalion, Bedfordshire Regiment, we are told, in order to join 2nd Battalion. This latter force is still billeted behind the lines and have been on parade. They were addressed by their Brigadier, H. E. Watts C.M.G, C.B. as follows: “Major Onslow and soldiers of the 2nd Bedfordshire Regiment, I have come to speak to you, hearing how disappointed you are at the non-success of the attack upon which you were launched on the 17th. Let me tell you that its non-success was no fault of yours, but was one of the fortunes of war, which cannot always be successful. The attack was carried out in a most gallant and determined manner, and its non-success was caused by the usual chance of war, which did not allow of a proper artillery preparation, or a thorough reconnaissance. Your casualties which were 2 officers killed, 6 officers wounded, 45 other ranks killed, 68 missing and 200-odd wounded shows your determination, and I feel sure, when you are again called upon to attack, you will show the same spirit, and your efforts will be crowned with success”.

The Brigadier is, we are sure, a fine leader. Nevertheless, we are not sure whether three uses of the term “non-success”, for which another single word might be substituted, in so short an address was necessarily calculated to raise the morale of the men he was addressing. The Battle of Festubert is today in its seventh day.