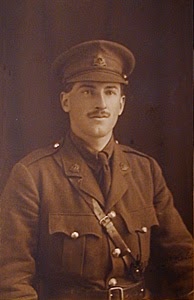 The Centenary of the Battle of Waterloo

Friday 18th June 1915: Captain Foss, adjutant of the 2nd Bedfords has today given us the casualty figures for the action at Givenchy-lès-la-Bassée between 15th and 17th. Lieutenant T. G. M. Horsford was killed by a shell in his dugout and was buried behind Scottish Trench. Second Lieutenant W. H. Fox was killed by the same shell and buried in the same place. Both Lieutenant C. W. Macfie and Second Lieutenant L. Turnbull were killed in the crater and their bodies have not been recovered(1).

Lieutenant G. M. Fleming, Royal Army Medical Corps, was killed by a shell whilst attending to a case at the Regimental Aid Post. He is the second medical officer to be killed with the battalion this year, and is buried “in the country at Windy Corner”(2). 18 other ranks were also killed.

Lieutenant C. H. Brewer was wounded by shrapnel and Second Lieutenant F. Powell wounded twice in the crater. Five other officers were wounded along with 72 other ranks. 27 other ranks are missing

(2) Where he remains – his grave is in the Guards Cemetery at Windy Corner, Cuinchy.
Posted by Martin at 07:00