Day One Hundred on the Somme

Sunday 8th October 1916 From our Correspondent in the Field

The Canadians have been in action today in cold, stinging rain. They attacked another position on the battlefield called, due to its shape, The Quadrilateral. This particular quadrilateral is north-west of Le Sars. Sadly, the gallant men from the prairies lost two-thirds of their strength and were forced to retire to their starting positions. Regina Trench still holds out against the Canadians.

The fighting from Le Sars in an arc south-east to Lesboeufs begun yesterday continues today. It rained all night and the battlefield is very muddy. 23rd Division have got as far as a point around half a mile north-west of Le Sars. 47th (1st/2nd London) Division managed to enter Snag Trench but were soon evicted again.

Away on the right 56th (London) Division attacked north-east. However, once again their progress was very difficult and we understand that they will retire back to their original line under cover of darkness as there are too few men to hold the positions gained. 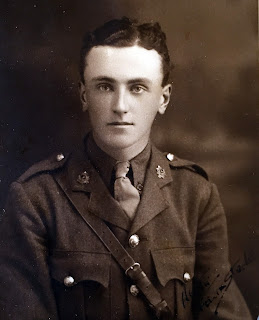