Seventy Second Day of the Third Battle of Ypres 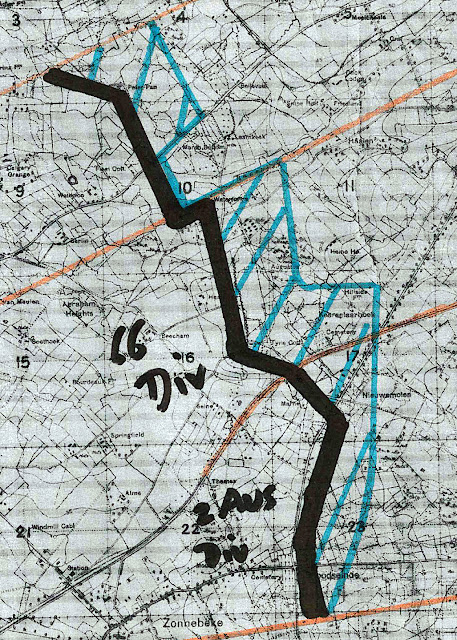 The attack on 9th October

Last night we heard considerable explosions towards the north of the current battlefield. This morning we discovered that the enemy had launched a counter-attack against 66th (2nd East Lancashire) Division. The men from the north-west defeated it, we have learned, and have been relieved during the day by 3rd Australian Division. Today the 18th (Eastern) Division, of which the 7th Bedfords form part, has re-entered the struggle, reliving 11th Division at Poelcapelle.

All during this miserably wet summer and now again in Autumn the army has suffered from a condition known as Trench Foot, an old adversary first encountered in the winter of 1914. When feet and lower limbs are wet all day due to immersion in mud and water they go numb as the circulation fails and this leads to them beginning to quite literally rot, a condition not unlike frost-bite. The adjutant of the 6th Battalion, Bedfordshire Regiment, informs us that this vile condition is prevalent in the unit at the moment. The only cure is to keep the feet dry and warm - frequent changes of socks and rubbing with whale-oil help but the only real remedy is not to spend too long in waterlogged trenches.