Warm Work in Alexandria and on the Somme 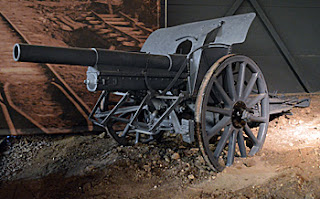 Sunday 19th December 1915: the 1st/5th Battalion Bedfordshire Regiment yesterday arrived at Alexandria. On disembarkation they marched to the suburb of Sidi Bishr, north-east of the port, reaching it at 3 o’clock and then encamped. We note that the average temperature in Alexandria at this time of year is around 59°F.

It is nowhere near so warm as this in France where the adjutant of the 7th Battalion tells us there was quite a lot going on yesterday afternoon. Between 3 and 4 o'clock the enemy started sending over rifle grenades, sausages, bombs and whizz-bangs(1). Five rifle grenades fell in rear of one trench and failed to explode. The Battalion retaliated with bombs from West Gun firing at the enemy front line trench - one or two trench mortars and a few shells when all was quiet again.

(1) The term sausage generally meant an observation balloon but here it clearly means some type of explosive projectile, unless the Germans really were throwing sausages, which seems unlikely. Whizz bangs were any kind of light shell.
Posted by Martin at 07:00