Day Fifty on the Somme

Saturday 19th August 1916 From our Correspondent in the Field

Overnight we heard rumours that the successes around Guillemont yesterday had been repulsed. Accordingly, overnight, a special reconnaissance was undertaken which found that, so far from a British repulse, the Germans had fallen back in a line from roughly Falfemont Farm north-west to Wedge Wood, both of which lie south-east of Guillemont. Lonely Trench, which gave so much trouble yesterday, had also been abandoned. Thus today our troops have occupied Lonely Trench and dug in on the eastern side of the Guillemont Road, gaining touch with the French who were also able to reoccupy the ground they had lost. This encouraging event has fuelled fresh optimism that an attack might finally succeed in capturing Guillemont. 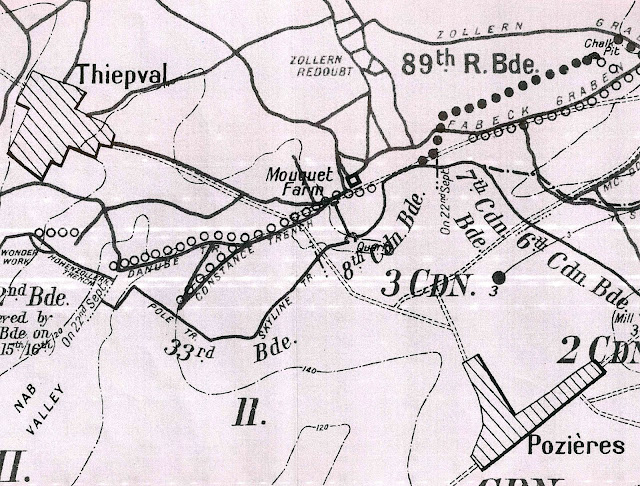 Today 1st Australian Division, near the German fortress of Mouquet Farm and south-east of the road to Bapaume, suffered a heavy German counter-attack on the positions they managed to take yesterday. They seem to have weathered them.
Posted by Martin at 19:00