Day Sixty Five on the Somme

Sunday 3rd September 1916 From our Correspondent in the Field

Today has been one of great activity here on the Somme with attacks across a front of five miles or more. There have been separate attacks in the Ancre Valley and on the Thiepval Ridge, at Mouquet Farm, at High Wood, at Guillemont and at Ginchy. We will begin this left to right progress, so to speak, in the Ancre Valley. 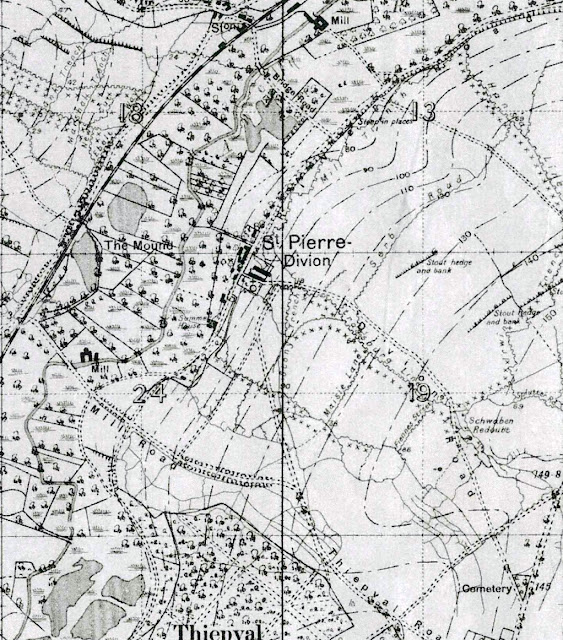 The 49th Division made an attack which began at the road from Hamel to Thiepval (known as Mill Road and Thiepval Road) and headed north towards Saint-Pierre-Divion. However, weather has been poor today, with drizzle reducing visibility and the attackers were caught by machine gun fire from the Schwaben Redoubt on their right flank. Some men did penetrate the enemy front line but were forced to evacuate it for lack of ammunition and reinforcements and by mid-morning it became clear that the attack had failed with no ground gained. This attack has made it clear that the whole Thiepval Ridge will need to be cleared of the enemy if any progress is to be made in the Ancre Valley. 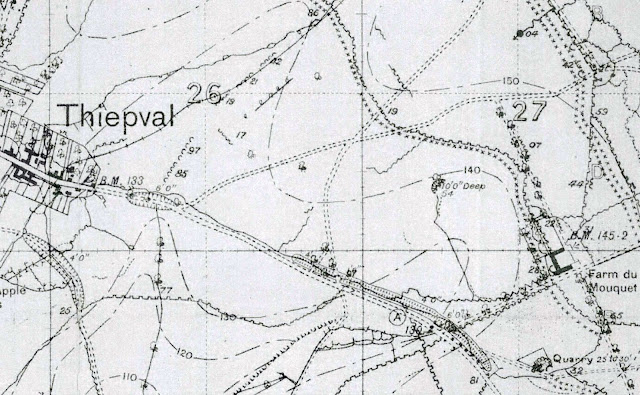 To the south-east of the village of Thiepval the Australians have again attacked the remains of Mouquet Farm. They succeeded in capturing most of the rubble and the nearby trenches but have been driven out again by the Germans. All this fighting, both on the surface, in trenches and underground in bunkers has been of the most bestial hand-to-hand variety. The Germans are well aware that if Mouquet Farm falls the back door to Thiepval will be open. 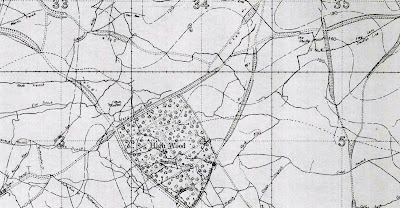 The fight still goes on amongst the splinters of High Wood. 1st Brigade of 1st Division attacked here, again using flame-throwers and Livens Projectors, despite these weapons’ failure on 18th August. To assist the attack a mine containing 3,000 lb of high explosive was detonated under the eastern corner of the wood less than a minute before the troops moved into the attack, giving the Germans no time to recover. Unfortunately the Livens Projectors caused more harm to our men than to the Germans when a stray trench mortar shell exploded the oil drums they were supposed to use against the enemy prematurely. Thus the whole attack failed. This evening, about an hour ago fresh attacks have pierced the remains of the wood.

5th Division was given the task of finally taking the fortress village of Guillemont. This was carried out in combination with the French 127th Regiment. Unfortunately the French were pinned down in Combles Ravine, leaving our men to attack alone. 13th Brigade attacked Falfemont Farm whilst 95th Brigade attacked the spur of ground between Falfemont Farm and Guillemont. The attacks began just before nine o’clock this morning and succeeded in capturing the German front line. 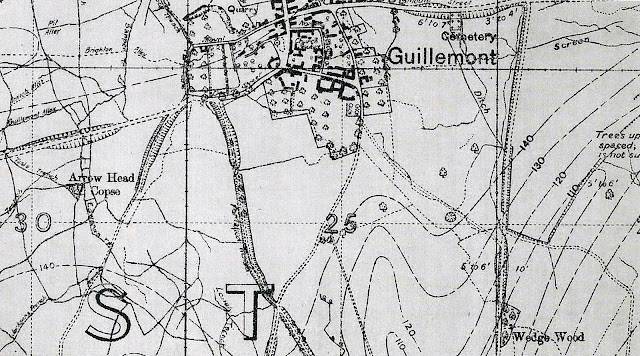 The second line, from Wedge Wood to the south-eastern tip of the village, fell just before one o’clock. A 13th Brigade attack on Wedge Wood was stopped short of its objective. 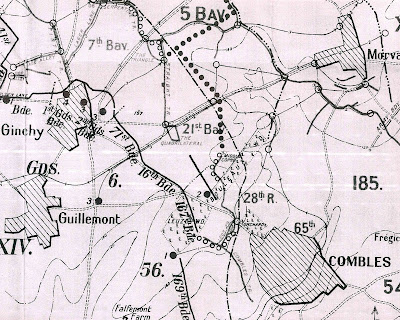 The 1st Battalion, Bedfordshire Regiment, has been caught up in the fighting. Just before two o’clock this afternoon the battalion moved forward from Silesian Trenches just north of Maricourt. They reached the vicinity of Maltz Horn Farm about half an hour later and at three o’clock was ordered to move to trenches south of Angle Wood. They advanced in company with 16th Battalion, Royal Warwickshire Regiment into Angle Wood under heavy shelling which caused ten casualties. An hour ago, about six o’clock they began their attack on Falfemont Farm, as yet I have heard nothing of their progress. 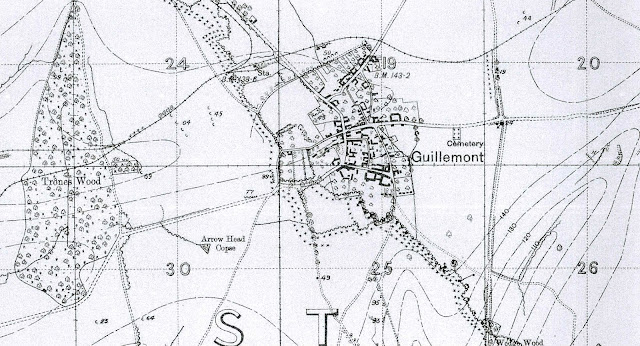 20th (Light) Division attacked Guillemont from trenches to the west and south-west of the village. These were successful and the village was finally taken. This has led to German counter-attacks this afternoon and this evening but, as far as I can determine, British troops still hold the village, or what remains of it. 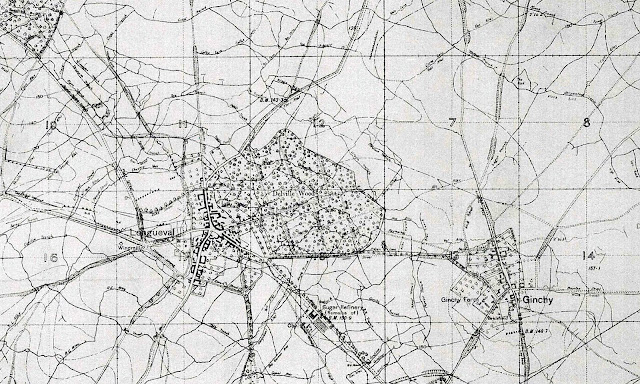 7th Division attacked the village of Ginchy, north-east of Guillemont. Unfortunately, Delville Wood, with its German defenders, has a line of sight over the ground over which the division attacked, being able to fire on the left flank of the attack from the north. Men from 7th and 24th Divisions, thus, were given the task of taking Delville Wood and the trenches leading east from it, but did not manage to achieve their task. They succeeded in taking the eastern edge of the wood but plenty of Germans remained in adjacent trenches to fire at the attack on Ginchy.

7th Division attacked Ginchy from the west, from around Waterlot Farm (shown as "Sugar Refinery" on the map above), thus by-passing Guillemont which lies to the south. Their objective is the site of a telegraph tower, on a prominence east of the village. They were duly struck in their left by fire from the Germans in trenches east of Delville Wood, particularly from a trench called Ale Alley (all the trenches in this sector have been given names relating to beer by our men). I understand that the attack got into Ginchy but, due to the drizzle and murky conditions, could not be seen by headquarters. The Germans then counterattacked and drove the men of 7th Division out of Ginchy again. About 5.30 this evening another attack was launched but it seems to have come for nothing. It took over a month to finally capture Guillemont, everyone hopes, most profoundly, that it will not take another month to capture its sister village of Ginchy.