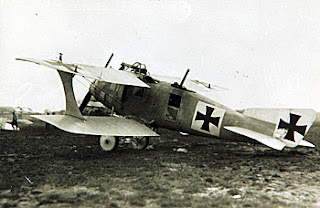 The 1st Battalion, Bedfordshire Regiment is in the trenches south-west of Farbus Wood, north-east of Arras. The adjutant tells me that today German aircraft have been a nuisance. They have been flying very low over the front line trenches, presumably taking photographs to give the Germans a clue as to the state of our defences, how many men are in the front line at any one time and other such vital intelligence. The Battalion has tried to bring the aircraft down by firing on them with Lewis Guns but, given that these machines are moving a considerable speed, perhaps as much as one hundred miles per hour if they have finished taking photographs, it will be seen that they are very difficult to hit.