One Hundred and Second Day of the Third Battle of Ypres 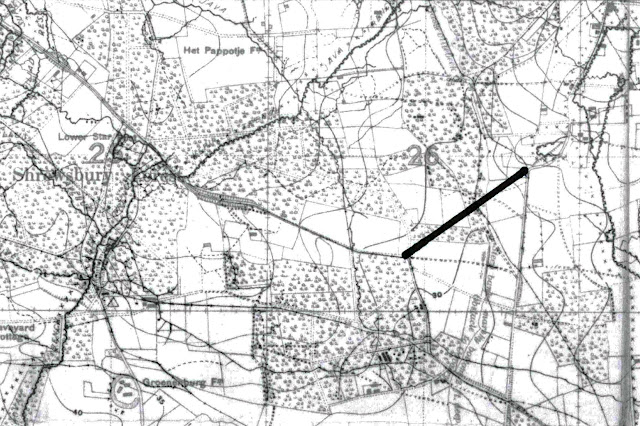 6th Battalion, Bedfordshire Regiment has taken over trenches in the Hollebeke Sector, where other battalions of the regiment have found themselves at times this year. Their approximate positions are shown on the
map above. The adjutant remarked to us: “The sector is very much quieter than any trenches previously held by the Battalion this year”. Meanwhile 18th Division has taken over the front line in the northern sector of the battlefield on the southern fringes of Houthulst Forest. The 7th Bedfords are expecting to move up to the support line tomorrow.

In Gaza yesterday 1st/5th Battalion, Bedfordshire Regiment had a very quiet day following the Turkish withdrawal. An enemy plane was brought down by one of our machines over their positions. A large explosion was seen in the direction of the enemy railhead and it was afterwards found out that an enemy dump had been blown up. Six Turks who had tarried behind were captured by the Battalion’s patrols during the day and at 5.30 pm the Battalion moved back to the support line.

Since 31st October the Battalion has lost 31 men killed and died of wounds. By the standards of the Western Front this has been a comparatively light butcher’s bill for so impressive a gain.