The Departure of the 5th Beds Reserve 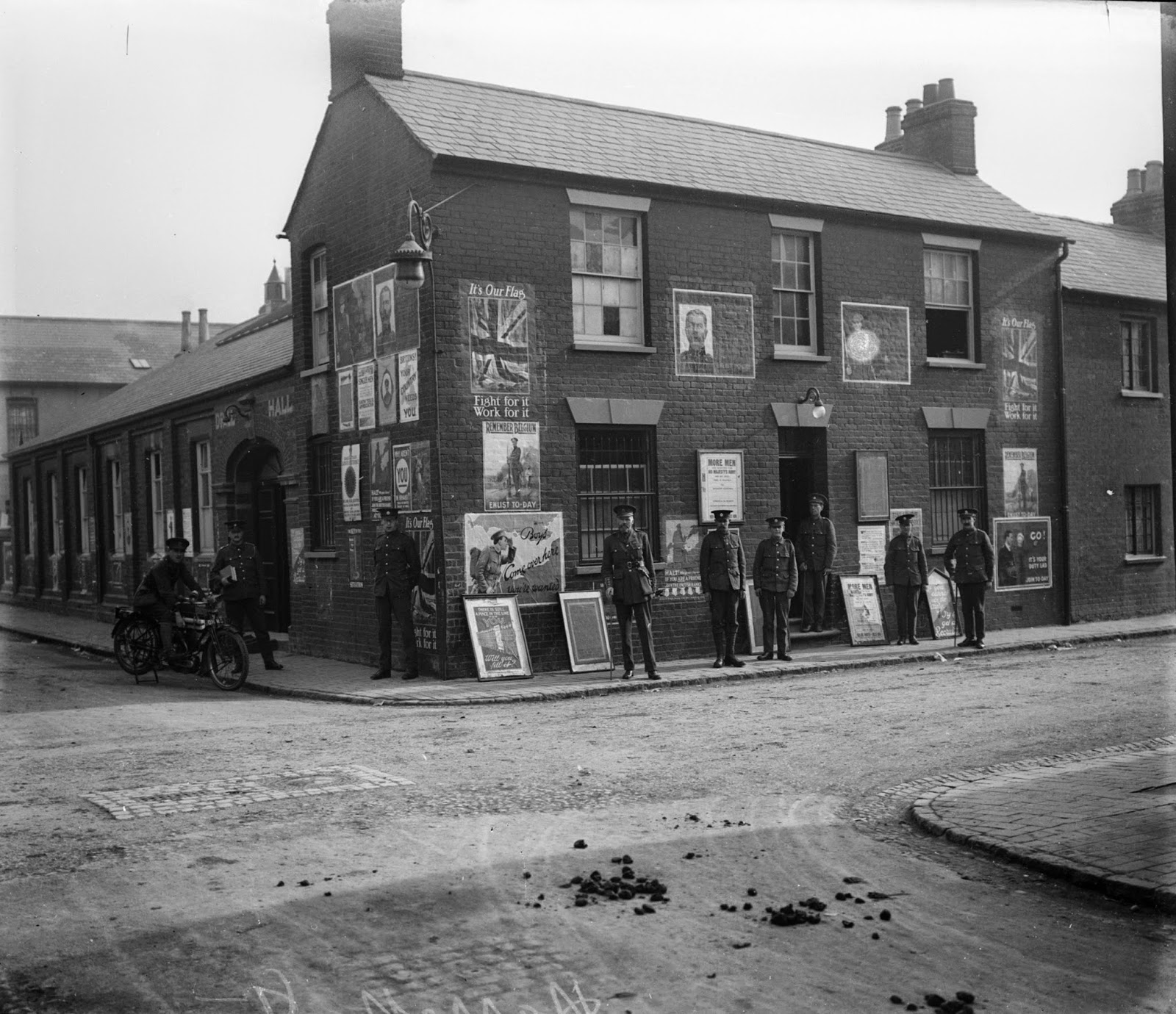 
Tuesday 15th December 1914: It was a very wet day when the 5th Beds left home in August. It was still wetter when their reserves left today but despite the weather they went off cheery and in good heart. The battalion paraded at the Drill Hall (1) at 10.30 and formed up in Hassett Street, headed by the excellent bugle and fife band which Sergeant-Drummer Emerton has got together. They were a workmanlike-looking lot of fellows, although they are without equipment or rifles. They marched as if the rudiments of infantry training had been thoroughly instilled into them as doubtless they have been.

The way was by Midland Road and High Street to the London and North-Western Station and there was plenty of singing en-route, including the inevitable "Tipperary" and perhaps out of compliment to our guests "Sing us a Song of Bonnie Scotland" (2). Several of the men carried footballs beside their kit bags. Just before entering the station the bugles and fifes (four in number) played "Marching through Georgia" as a duet and it sounded very well too.

Meanwhile from a passing troop train conveying some engineers said to hail from Wales, there came cheering, which was heartily responded to. In the station yard the fifes played the regimental march past and then the entraining was carried out with expedition, two long trains with double engines being required. There were many friends to see the men off".