A Dear Return to Arlesey 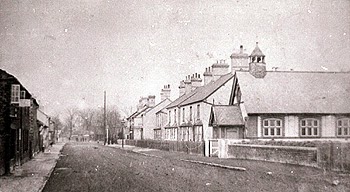 Tuesday 24th November 1914: Private Ernest Dear, 2nd Battalion Bedfordshire Regiment, arrived home in Arlesey this evening, and a large number of people welcomed him with enthusiasm. Private Dear went out to Belgium on September 18th and was engaged in several battles. He was wounded in the hand at Ypres on October 29th while they were advancing, but he fired several shots afterwards, and marched about eight miles to get to a temporary hospital. Afterwards he was brought to Exeter Hospital where he received every attention. He had seen Sidney Papworth, another Arlesey soldier, who was wounded in the arm. He saw the Scotch Guards fetch down a German aeroplane. He saw sixty of the Black Watch marching into a wood at Ypres, and every one of them was blown to pieces by "Jack Johnsons".[1] The Scotch Guards, the Warwicks and the Wiltshires suffered severely at this place. On one occasion forty of the Bedfords went into action and only four of them returned. The destruction of buildings in towns and villages was appalling. Four German prisoners came over on the same boat to Southampton and they were apparently very young.[2] Private Dear is looking well, and found a new baby at home to welcome him. He has only a fortnight's leave. He thinks we are bound to be victorious and that the German soldiers are sorry to be at war.[3]

[1] Jack Johnson was a black American boxer who was World Heavyweight Champion from 1908 to 1915. This particular type of German shell exploded with a good deal of black smoke.
[2] The Germans called the 22nd October the Kindermord or Death of Children due to the youth of many of the soldiers (around a third of them) killed that day.
[3] Forty year old Private Ernest Dear was killed in action with the 1st Battalion on 11th July 1915 when the Germans blew up two mines near the Bedfords' trenches at Hill 60 near Ypres. He has no known grave. His wife Rose remarried.
Posted by Martin at 07:00