A Meeting of the Battalions 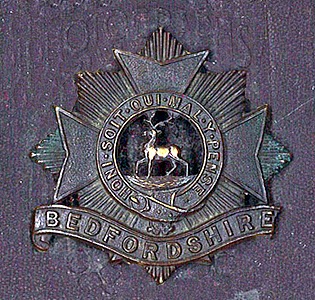 Friday 6th November 1914: The 2nd Battalion have finally been relieved from their front line position near Zandvoorde. They have travelled seventeen miles to a place called Loker or Locre. The adjutant tells us: “The men found the march very tiring both on account of their physical condition from being eighteen days in the trenches and on account of the mud on the cobbles”. It seems they will have another march this afternoon as their destination is a town on the French side of the border – a place called Bailleul.

It may have done their morale good to know that they are leaving the danger of the front line behind. It may also have done them good to meet their companions in adversity in the 1st Battalion on the way. Our contact with the 1st Battalion, themselves on the move from Festubert, tells us: “We got the men into buses (35 to a bus) and we all got into another and at 7 am started off for our still unknown destination. We went through Lestrem – Éstaires -  Bailleul -  Locre – Dickebusch. The roads were awful and we were at times up to our axles in mud and very nearly in the ditch several times”.

“At Dickebusch we had a halt at 2 pm and then got orders to push on to . Here the roads got worse and we skidded all over the place, into ditches, trees and sometimes nearly turning right over or getting our heads taken off by telegraph wires stretched across the road”.

“On the Dickebusch – road we suddenly came across the remnants of the 2nd Battalion. We hardly knew that they were in Flanders and had only vaguely heard that they had left ”.

“They are in the 7th Division and we knew that they had left a very fine Battalion, 29 Officers and about 1,100 men strong and we now found them after having landed in 18 days, 2 Officers (Captain Foss and Lieutenant Mills) and about 220 men strong”.

“We stopped the buses and heard all about the Battle of Ypres. We heard that Majors Traill, Stares etc. had been killed and most of the men found that their brothers etc. had also mostly been killed. The whole show was most pathetic and put guts into our fellows as we will be going into action amongst the 2nd Battalion graves”.

It is one of the ironies of war that, with only two battalions at the front one should be more or less relieving the other which is in a different division; although in fact the 1st Battalion have taken over the line from the Yorkshire Regiment which had been on the flank of the 2nd Battalion.