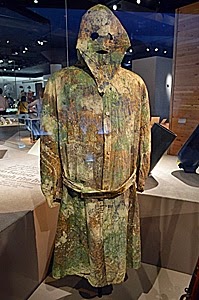 Wednesday 4th November 1914: Both our battalions in the front line have had a relatively quiet time. The 2nd , in the more volatile area of have been shelled again today and some of their men were buried by a trench which caved in due to the force of the explosion. They have lost one man killed.

The 1st have also lost a man killed. They were in the front line at Festubert but have been relieved during the day and have returned back to Gorre. This “daily wastage” of men, as the army terms it, will probably become the norm from now on whilst units are in the front line. Men can be killed by snipers and by artillery even when otherwise relatively secure in trenches. With winter coming on we can also expect that men will fall ill with various complaints which, at home, might even be relatively trivial, such as a cold, but which, in an environment exposed to the elements, living in thick mud or drifting snow whilst under constant strain might lead to serious complications such as bronchitis, pleurisy or even pneumonia from which men in a weakened state may succumb.