Attack on the Turks Near Mulebbis 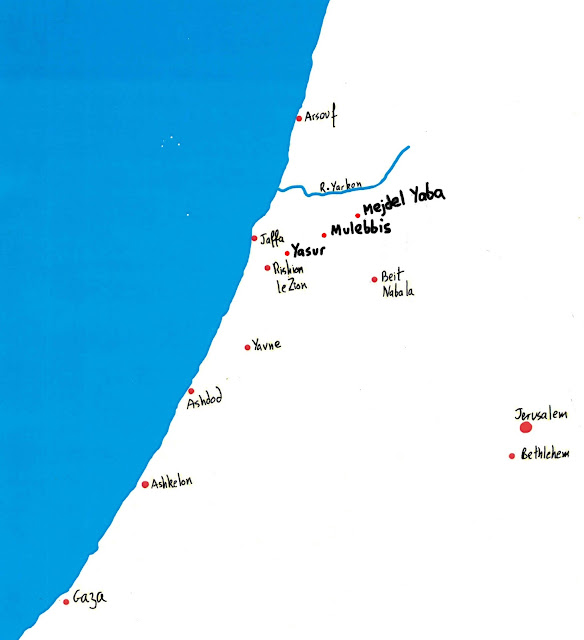 The 1st/5th Bedfords paraded at 5.30 a.m. and marched to the jumping off point for the attack, which began at 7.45, preceded by artillery fire. The Bedfords’ attack was completely successful though a severe storm blew up during it , which, as the adjutant noted, made observation very difficult.

About 9 a.m. the 1st/4th Battalion, Northamptonshire Regiment and 1st/10th Battalion London Regiment passed through the Bedfords to launch the enxt phase of the attack. The Northamptons gained their objective without opposition. The Londoners were held up at Mejdel Yaba(1) but a barrage by artillery helped them to take the place by 12.30 p.m.

During the afternoon the Bedfords worked on creating second line defences. It was too rocky to dig trenches so small enclosures called sangars were made from the stones. The Battalion relieved the Northamptonshire Regiment in the front line last night.

(1) This Arab Village was depopulated by the Israelis in 1948 and the Israeli town of Rosh Haayin now stands on the site.
Posted by Martin at 19:00