The Enemy Presses On 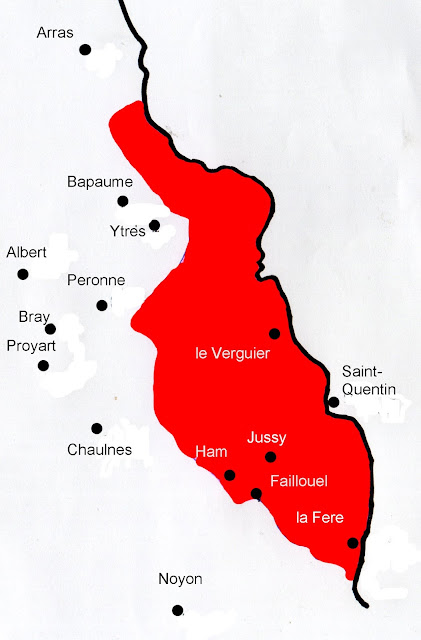 This evening the situation must be faced that the enemy gained a good deal more ground today, including the town of Ham. Their advance, as the sketch map above shows, has brought them close to the towns of Bapaume and Peronne. If they reach Bapaume they will be less than twelve miles from Albert, the hub around which the Battle of the Somme revolved in 1916.

The 4th Battalion, Bedfordshire Regiment began this battle near Cambrai. They have been falling back steadily, and without fuss, so that this evening they are at the village of Ytres, on the main road from Cambrai to Combles. They are in reserve, nevertheless, the enemy is not far away, as proved by the death of Lieutenant W S Davis from shellfire and the loss of Second Lieutenant M A Kruger. He came up with the rations and then could not be found, it is assumed that an advance party of Germans caught him alone and took him prisoner(1).

The 2nd Battalion spent the night at Verlaines, south-west of Ham. At five o'clock this morning they stood to on hearing rifle and machine gun fire near Ham. 89th Brigade of their division were holding the town, but were driven back. The battalion forms part of 90th Brigade and helped to cover the withdrawal of 89th Brigade. Fortunately the enemy seemed content with taking Ham(2), so 89th Brigade went forward again and took up positions just east of Verlaines, facing Ham. Sadly, some of the 2nd Bedfords were involved in the defence of the town and there have been casualties. 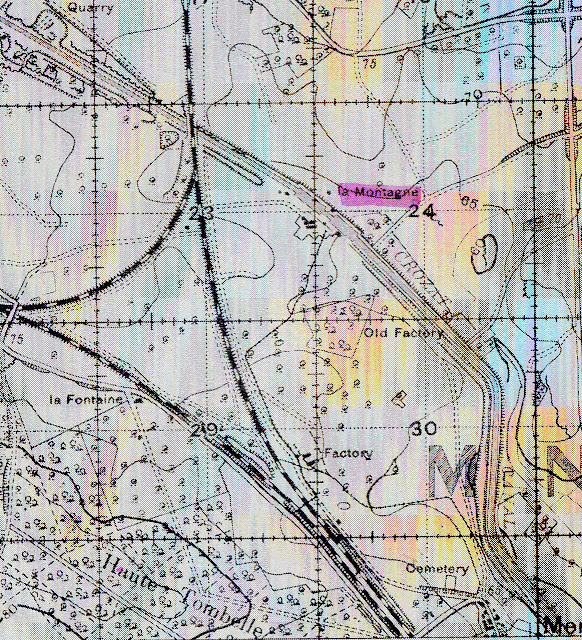 The 7th Battalion, further south, managed to retake the railway bridge at Montagne near Jussy last evening. However, at 7 a.m. the enemy attacked again and managed to cross the Crozat Canal in boats on either side of the bridge. At 10 a.m., their flanks having been thus turned, the Battalion fell back to a ridge in front of the village of Faillouël. By 4 p.m., however, this position had also become untenable because high ground on the battalion's left flank had been taken by the enemy. The order was therefore given to fall back to high ground just west of the village

Having spoken with the officers of our local battalions involved in this attack it is clear that things are still very confused on the ground, no one knowing for sure where the enemy are from one moment to the next. It is also clear, however, that all remain determined to put a stop to this onslaught and reverse it.

(1) Whatever happened, he seems to have survived the war.
(2) This may have been due to looting. There were accounts of German troops gorging themselves on food and guzzling wine when they took a substantial settlement. This meant no further advance that day. Such behaviour was not surprising - the blockade of Germany by the Royal Navy was causing food shortages among the civilian population of Germany and even the soldiers at the front were affected.
Posted by Unknown at 18:58